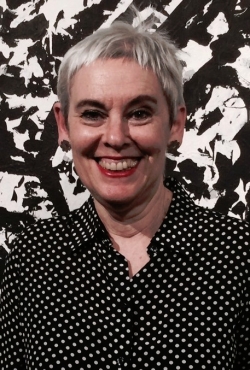 In order for art to get beyond or behind [repressive] conventions of representation, in order to expose the ideology these conceptions serve, artworks should employ ‘dis-identificatory practices’ that disrupt ‘the dance of ideology,’ and ‘distanciation’ that would ‘liberate the viewer from the state of being captured by illusions of art which encourage passive identification with fictional worlds’.

Interesting thoughts on feminism in public and in private:

As a feminist, I’ve always felt that feminism is most crucial in private. In public, there are always people (men and women) to reason and defend the place of women. The discourse is clear, potent and largely active. We’re moving forwards, change is occurring. I do feel that.

The private sphere is where I most need feminism’s ideas. It’s here that we ask ourselves deep and secret questions. Interrogate our hopes, ambitions and desires, find out who we’re trying to please, hold up the current shape of ourselves against the images that formed us.

Josie Rourke, ‘The Right to Be Uncertain’, in Lisa Appignanesi, Rachel Holmes and Susie Orbach (eds), Fifty Shades of Feminism

On my continuing journey through Fifty Shades of Feminism, edited by Lisa Appignanesi, Rachel Holmes and Susie Orbach, I have just come across a new highlight. It’s Susie Orbach’s contribution, entitled ‘A Love Letter to Feminism’. Like some of the other authors, she thinks back to the 1970s and how women were ‘daring to think and enact new ways of learning and living’.

I was particularly interested in her reflections on the fears these women had to face. ‘We began to appreciate how much patriarchy was a structure undermining us’, she says, ‘within and between women, as much as a political force outside us’. And again: ‘Internal psychological chains kept us in check and away from being as full as we could be.’

Orbach notes that she could have lived like so many women before her. But she counts herself lucky that she didn’t. Feminism, she says, gave her a proper life:

Without feminism, life’s challenges could and would have stained my individual experiences – as [they] for so many of my mother’s generation – turning them sour and bitter, rather than into places of learning. Without feminism I couldn’t have understood my personal dilemmas. Nor would I have had the capacity to reflect.

I was also moved by her comments on friendships that made it possible for her and other women to ‘think and enact new ways’:

exhilarating friendships took centre stage. They were a hammock underpinning our personal and collective struggles. We helped each other find and tell our stories as we were reshaping ourselves. Inside friendship we found ways to tackle our hesitancies, our fears, our insecurities, our shame and self-doubt.

What all women deserve is to be able to choose freely the lives they want to lead, free of oppression and exploitation, filled with opportunity to be who they want to be. It is all about human rights.

Having shared the key aims of feminism and explored feminist-critical interpretation of the Bible for a number of years, I am continuing to enjoy Fifty Shades of Feminism. As already said, the contributions are short, but what makes them interesting for me is at least partly the fact that they have been written by such a diverse group of women.

The quote above is from a contribution by Helena Kennedy, who, as a barrister, Labour member of the House of Lords and an expert in human rights law, civil liberties and constitutional issues, also has interesting things to say about how the law, having traditionally been made by men, has dealt with the world from a male perspective.

One of the fascinating aspects of Fifty Shades of Feminism, edited by Lisa Appignanesi, Rachel Holmes and Susie Orbach, are the reflections on what has been achieved over the last few decades.

Liz Kelly, for instance, in a contribution entitled, ‘Changing it Up: Sexual Violence Three Decades On’, talks about ‘the deeply contested seventh demand’ of the British Women’s Liberation Movement regarding violence against women. The demand was:

Freedom for all women from intimidation by the threat or use of male violence. An end to the laws, assumptions and institutions which perpetuate male dominance and men’s aggression towards women.

That this should have been ‘deeply contested’ almost seems bizarre today. And indeed Kelly goes on to say:

In thinking about this piece, I tried to remember just why this statement was considered so divisive in the late 1970s: few would contest its content today …

One would hope so and yet the idea of male dominance sadly seems difficult to eradicate in some parts of society.

Fifty Shades of Feminism, edited by Lisa Appignanesi, Rachel Holmes and Susie Orbach, proves to be a fascinating collection of fifty brief reflections by an intriguing mix of voices: poets and novelists, politicians and social activists, journalists and physicians …. It also features women from a variety of cultural and racial backgrounds.

The contributions are, as I said, brief. Fifty chapters in about 300 pages, that does not leave much room for the individual authors to express their thoughts and reflections. And yet, in the first 100 pages (which is as far as I have got) I have already come across a few thought-provoking observations and some moving and also sometimes shocking stories.

Nathalie Handal, for instance, mentions her Lebanese grandmother, who rode a bike at a time when, unimaginably for us, it was considered a sin for women to do so. And she reports this story from Afghanistan:

Nadia’s son joined the Taliban. Her daughter wrote. Every evening, she would wake up in the middle of the night to write poems in the dark so as not to raise any suspicion of her audacity – a woman writing. When she finished, she would go to the window and like magic see her lines perfectly straight on every page. She hid them under the mattress. The day they found out her brother was killed, her father, in rage and in grief, shook his daughter’s bed and the pages spread across the floor like a testament challenging fate. He beat his daughter to death. Nadia did not say anything to her husband, she knelt by her daughter’s body, held her tight, went to the window where her daughter once read her verses, and fell.

Handal goes on to reflect on the need of women, in every culture, no matter what the nature of their oppression, to be brave and take the responsibility to define themselves.

She also notes that ‘men wage war when they lack imagination’ and that, ‘without the evolution of women, no society can evolve’. And she points out that Nadia’s quietness in that story from Afghanistan ‘was not silence but an assertion, I will not lie any more’.

Handal’s chapter is followed, rather fittingly, by Natalie Haynes writing about ‘Sex, Feminism and the Ancient World’. It’s a fitting sequel, because Haynes talks about Aristophanes’ play Lysistrata, in which the women of Greece, having got fed up with their warmongering men, decide to hold a sex strike. They will not make love as long as the men keep making war. Does the strategy work? The play being well-known, we all know the answer. But even if we didn’t, it would always be a foregone conclusion. There are some tactics that cannot fail.

And Handal is absolutely right to suggest that, ‘without the evolution of women, no society can evolve’.

How many a battered wife has been counseled, on the strength of a legalistic reading of [Matthew 5:38-41], to ‘turn the other cheek,’ when what she needs, according to the spirit of Jesus’ words, is to find a way to restore her own dignity and end the vicious circle of humiliation, guilt, and bruising. She needs to assert some sort of control in the situation and force her husband to regard her as an equal, or get out of the relationship altogether. The victim needs to recover her self-worth and seize the initiative from her oppressor. And he needs to be helped to overcome his violence.

(From Jesus and Nonviolence: A Third Way)

The last point ties in with Margaret Mead’s comment that ‘every time we liberate a woman, we liberate a man’ (quoted in Lisa Appignanesi, Rachel Holmes and Susie Orbach [eds], Fifty Shades of Feminism). How true! 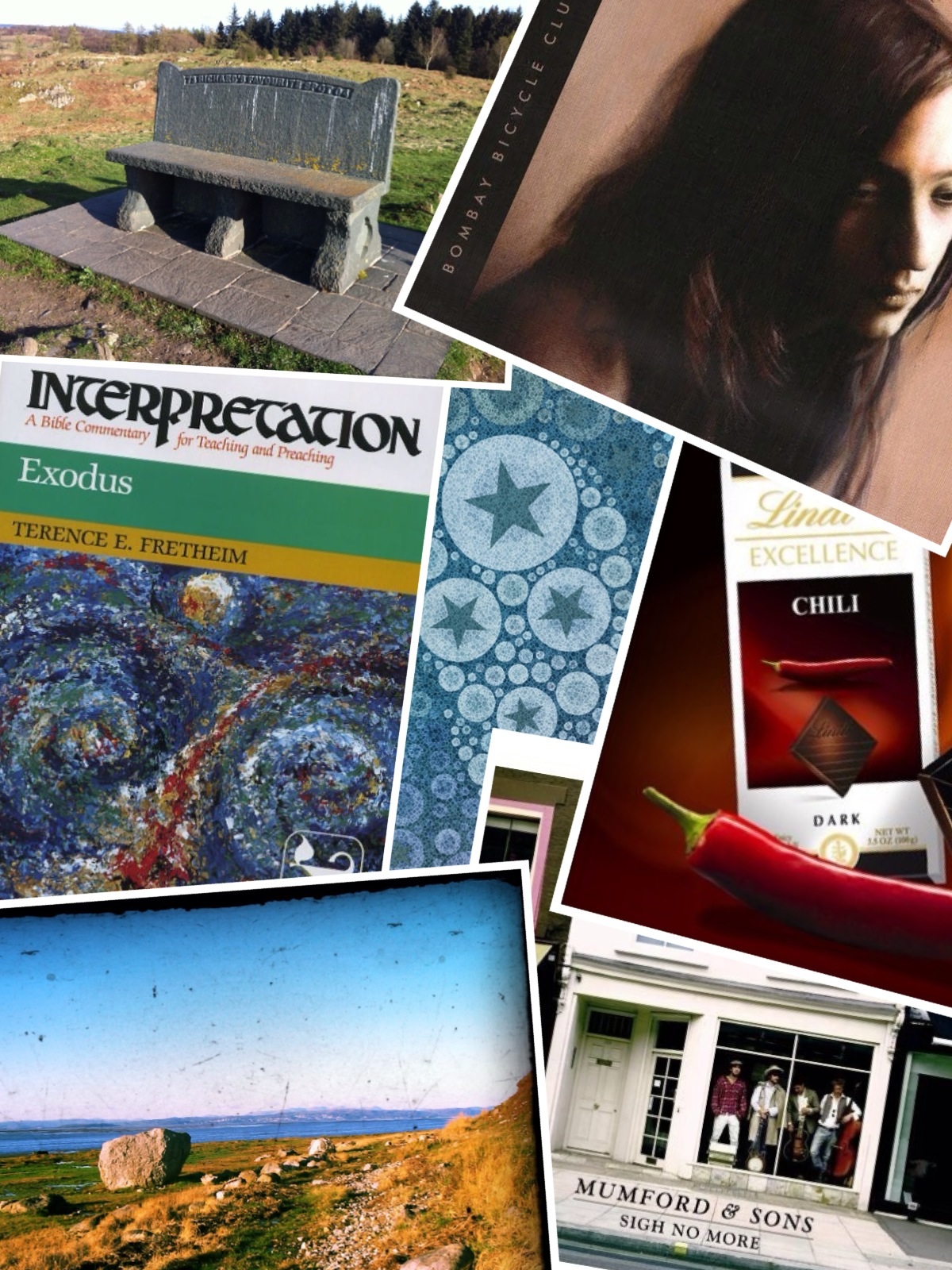