Having returned from a wonderful trip to Italy’s Veneto region, I thought I would share some mementos, beginning with Verona and Soave.

We visited Verona in the rain, so the impressions below were not captured by us. Despite the rain, it was more than obvious though that this is a beautiful city with impressive palazzi, ponti and piazze. 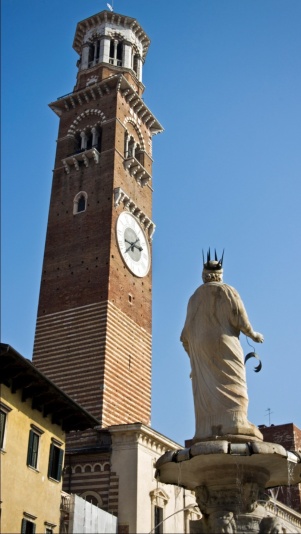 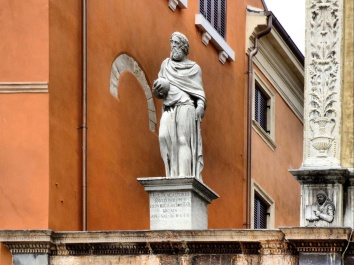 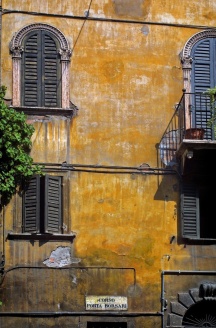 But the most special moments were simple ones, and they both occurred at Piazza delle Erbe. One involved a man at a market stall peeling artichokes and extracting their hearts at an incredible speed. We couldn’t resist timing him: 14 seconds from start to finish. Most impressive!

And then there was this living statue. We have seen quite a few of these by now, in different countries. But the ‘hovering’ woman near Piazza delle Erbe was still a special sight. 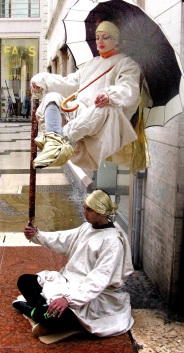 We eventually ended the day with grilled polenta and donkey ragout at Soave, in a trattoria situated in the remains of an ancient Benedictine monastery. Actually, I was the only one who was tempted to try donkey, which turned out to be very tasty and surprisingly tender. But we all enjoyed a lovely meal in splendid surroundings.